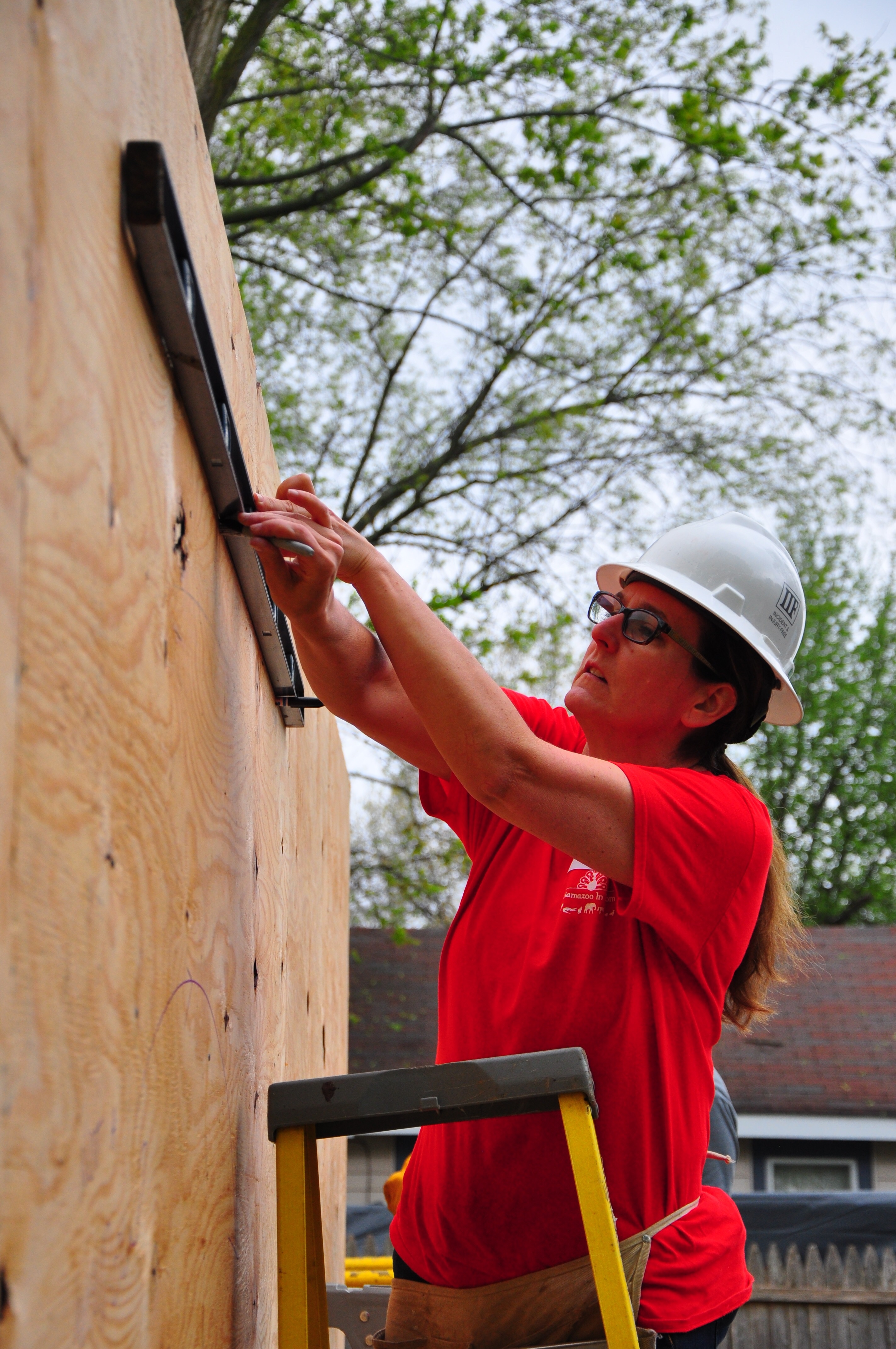 More than 18,000 women construction volunteers unite nationwide to build up their communities with Habitat homeowners

Kalamazoo, Mich – For the 11th year, Habitat for Humanity and Lowe’s are engaging women nationwide to work together to build Habitat homes during this year’s National Women Build Week from May 5-13. In preparation for the build week, Kalamazoo Valley Habitat for Humanity and Lowe’s are asking women to get involved by signing up to volunteer and build.]

“We’re excited to partner with Lowe’s to educate, inspire and empower women to advocate and help Habitat homeowners love where they live through building or improving an affordable place they can call home,” said Executive Director Charlie Robertson. “We want to engage women of all skill levels to join their friends, families and neighbors to build up their communities and volunteer where women will gain invaluable skills to bring back and use in their everyday life.”

“Lowe’s is in the business of helping people improve and maintain their homes,” said Colleen Penhall, Vice President of Corporate Social Responsibility. “Lowe’s Heroes have helped build hundreds of Habitat homes across the country and National Women Build Week is another chance for Lowe’s to reinforce our long-standing commitment to Habitat, Women Build and communities where our employees and customers live and work.”

In the city of Portage, volunteers will work to build a new energy-efficient home for a family of two. This eleventh consecutive Women Build project will begin on Tuesday, May 8th. Volunteers from several local businesses, including NorthPoint Bank, Speedway, Eckert Wordell, Bronson Hospital, 1st Source Bank, Advia Credit Union, Consumers Concrete, Apollo Home Loans and Back to Health Chiropractic will join the future homeowner and her family and friends, and Habitat’s Tuesday, Wednesday, and Thursday crews to build on May 8th, 9th 10th and 12th.

National Women Build Week, a nationwide initiative created by Habitat for Humanity and Lowe’s in 2008, has brought together more than 117,000 all-women construction volunteers to build or repair homes with nearly 5,000 families over the past 10 years. This year, Lowe’s donated nearly $2 million to Habitat for Humanity to support the 2018 National Women Build Week, which is set to take place in 300 communities nationwide.

Since Lowe’s national partnership with Habitat for Humanity began in 2003, the home improvement company has committed more than $63 million to Habitat and helped nearly 6,500 families improve their living conditions.